3DR radio is a product from 3D Robotics which provides a telemetry link, and is often used by APM users. It is sometimes sold as a combo with APM. 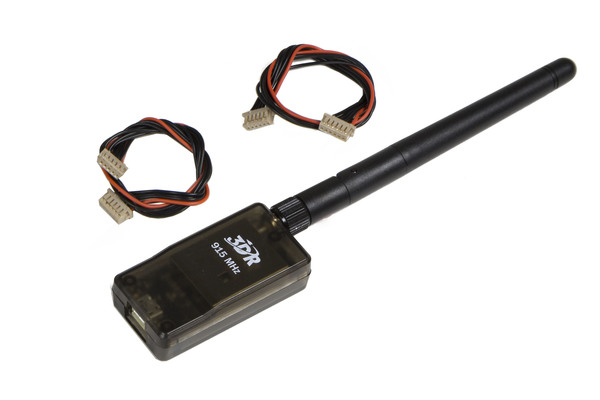 The main differences between 3DR radios and Ultimate LRS are the following :

Ultimate LRS is much faster, here’s a comparison of connection speed between Ultimate LRS and 3DR radio :

3DR radios : only a telemetry link, RC must be transmitted by another mean.

RSSI is an indicator of signal strength : it allows to know when we are at edge of reception.

ULRS provide RSSI on the TX and on the RX, which can for example be shown on an analog meter, a voltmeter, or an OSD.

ULRS provides an acoustic signal when a packet is lost, which gives a real time feedback of the link quality (for long range).

3DR radios have built in USB connectivity, while ULRS requires an FTDI (USB to serial) adapter.

ULRS has a better sensitivity of -120 dBm.